Taking it Back to The Beginning of HVAC 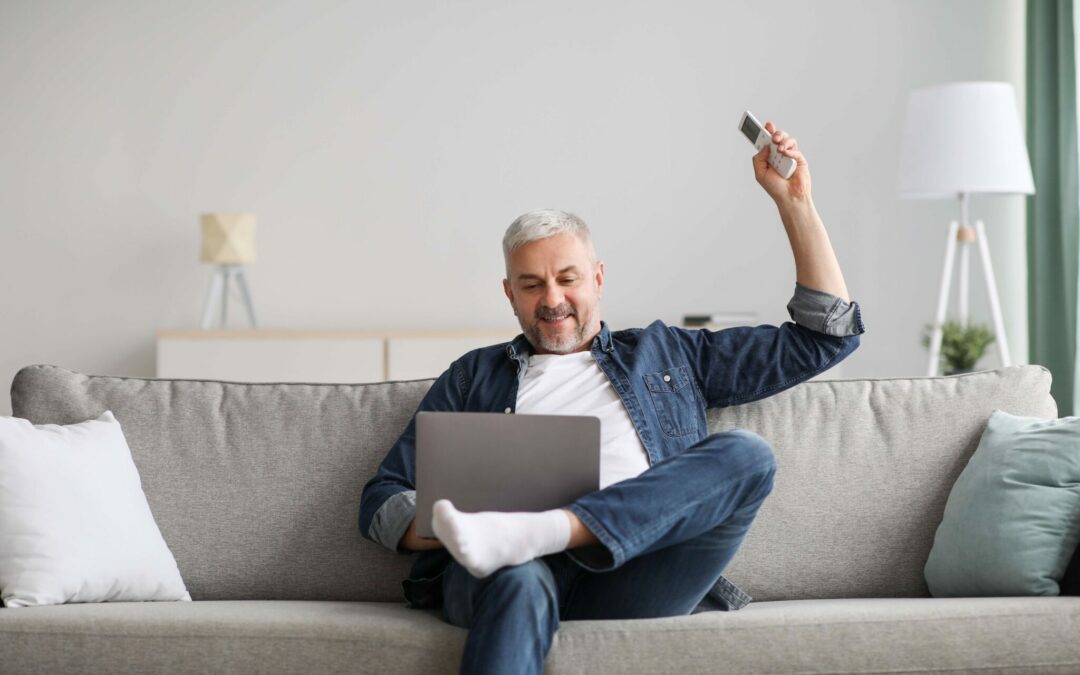 For as long as humans have existed, there has been a need for some form of climate control. Ancient peoples prayed to deities for the rain to cool the earth and called upon the physics of friction to create fire for warmth. In our modern world, it’s difficult to imagine any summer, especially one here in the South, without the help of air conditioning, but in a not-so-distant past, people somehow made do. Let’s take a little journey through the history of our modern HVAC unit to see how we got to where we are today.

Several ancient groups developed rather ingenious ways of cooling down. The Egyptians are credited with being the first people to come up with a strategy to beat the heat. Their method was to harness the power of evaporation in order to keep cool. By hanging wet cloth in the doorways of their open-air homes, they were able to circulate cooler air through the cloth as the wind blew through it.

On the other side of the globe, in ancient China, a man by the name of Huan developed a hand-cranked fan in order to keep cool. A lever was cranked, which turned two small propellers that could create a breeze. This was reserved for personal use as opposed to cooling an entire space.

The ancient Romans also came up with their own air conditioning system of sorts, which involved the use of aqueducts. Much like the Egyptians, the Romans also believed that the power of evaporation could be harnessed. The aqueducts allowed them to pump water into the walls of high society homes, effectively cooling the air.

As technology improved, so did the methods of climate control. While most HVAC scientists were still experimenting with the magic of evaporation, the methods of harnessing cool air became far more advanced.

Introduction of the Modern AC

This period was a time of rapid development for all things scientific and technological. Some of the world’s greatest inventors and thinkers did their most influential work during this time.

In the realm of HVAC, great innovations were taking place. In 1758, Benjamin Franklin, alongside John Hadley, discovered that evaporating inconstant liquids, such as alcohol, could actually cool an object down to the point of freezing. This was an incredibly important discovery for the creation of future air conditioners. After this particular discovery was made, in the early 1800s, English inventor Michael Faraday tested Franklin’s experiment with the refrigerant chemical that is still used in air conditioning units today.

In 1851, Dr. John Gorrie tested his theory that stated that the hot air in hospitals contained more sickness, and that cooling down the buildings would decrease the amount of illness. To do this, he used a similar method to the ancient Egyptians and developed a device that would blow air over ice to cool a large space. Though effective, it was not particularly efficient since it required a large amount of ice water to operate. Eventually, his idea was patented and then distributed to different hospitals.

After these revolutionary discoveries were made, the modern air conditioning unit was finally invented.

Air conditioners, as we now know them, were first invented by a man named Willis Carrier in 1902. Carrier worked for a publishing company and was tasked with solving the problem of humidity, which, as one would expect, was no small feat. The humid environment was wrinkling the pages of the magazines that they sold, and thus, Carrier had to find a solution.

His revolutionary idea of blowing air across cooling coils set the blueprint for the modern HVAC unit. He eventually patented his design, called the “Apparatus for Treating Air”, and began distributing it to other factories and businesses that he felt could benefit from climate control. The term “air conditioning” was first coined in 1906 by a man named Stuart Cramer. Cramer worked at a textile mill that required the use of the Carrier’s product, and thus created his own alternative.

The first portable air conditioner was created by an African American man by the name of Fredrick Jones. His version of the device was used largely in military hospitals to keep soldiers comfortable as they were nursed back to health from their various injuries.

In 1914, the first residential air conditioner was installed in a mansion in Minneapolis. This first unit was seven feet tall and twenty feet long. In the 1920s, Carrier created a smaller version of his air conditioning unit so that commercial buildings and railroad cars could enjoy cooler climates.

After air conditioning was introduced into factories and commercial buildings, it became a far more popular commodity.

The invention of the first window air conditioning unit occurred in 1931, but it was incredibly expensive to obtain and loud and obnoxious to use. One unit could cost up to $600,000! These window units became significantly less noisy after rotary compressors were invented and became less expensive as technology and energy efficiency improved.

By the 1950s, air conditioners were considered quite ubiquitous. Suburban homes everywhere were beginning to invest in climate control, and by the 1970s, central air units were installed in every home and building across the country. These central air systems also included heating abilities as well as cooling, so that people could stay warm in the winter and cool in the summer.

Climate-controlled homes are now a necessity, as they have become vital protectors of our health and comfort.

We at City Heat & Air have been serving the communities of East Tennessee for over 50 years and consider ourselves to be a significant part of HVAC history. Since air conditioning became popular among residential and commercial establishments, we have been providing installation, maintenance, and custom design services with a smile to everyone we work alongside. When you hire City Heat & Air, we can guarantee that you will be receiving the unbeatable combination of top-of-the-line technology and HVAC experts that will leave your spaces with easy and efficient climate control. If you believe that you require our services that stand the test of time, visit our website or call us at 865-938-1005.

No comments to show.